South Carolina’s Inaugural Aerospace conference far exceeded the expectations of the event’s organizers. The level of participation from the private sector was proof that the state of South Carolina has established a strong network of industry support, sending a powerful message to industry worldwide that we are an exceptional place for business.  Aerospace offers and incredible opportunity for South Carolina, and with continued collaboration amongst the public and private entities of the state, we’re poised to capture a large amount of those opportunities. 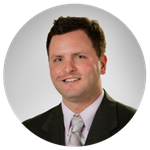 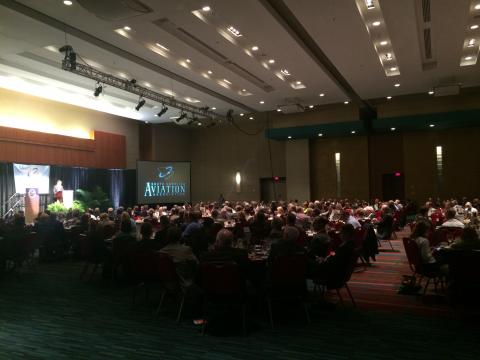 Columbia, SC (August 19, 2014) – The aerospace cluster has a $17.4 billion economic impact on South Carolina and supports more than 102,000 workers, according to a study conducted by Joseph Von Nessen, a research economist with the University of South Carolina’s Darla Moore School of Business.

The study, titled “Uncovering the Stealth Cluster: The Economic Impact of Civilian and Military Aerospace on South Carolina,” was released Tuesday (Aug. 19) by New Carolina – South Carolina’s Council on Competitiveness and the university’s Ronald E. McNair Center for Aerospace Innovation and Research during the state’s first ever Aerospace Industry Day held in Columbia.

An industry “cluster” is a group of complementary businesses that focuses on or serves the same industry. They come together to increase efficiency and innovation within that industry, while boosting the overall economy in a region. Clusters attract more businesses to an area and provide more opportunities for existing businesses to grow.

• The total economic impact of the aerospace cluster in South Carolina is $17.4 billion and 102,721 jobs.

S.C. Commerce Secretary Bobby Hitt said Boeing was the catalyst for South Carolina as an emerging leader in aerospace.

“Much like BMW accelerated the growth of the state’s automotive industry, South Carolina’s aerospace industry has grown exponentially since Boeing selected the Charleston region in 2009,” said Hitt. “And the ‘Boeing boost’ continues as we recruit major global suppliers – like carbon fiber manufacturer Toray Industries – that serve the aerospace cluster in South Carolina.”

Ann Marie Stieritz, president and CEO of New Carolina – South Carolina’s Council on Competitiveness – says the impact study is an important step in the development of the aerospace cluster.

“This study shows that the aerospace cluster has the potential to raise average employee compensation, grow small businesses and drive economic growth in our state,” said Stieritz. “We now have a clear picture of the aerospace industry’s impact in South Carolina and can use that knowledge for targeted action to sustain and grow the cluster.”


“This 2014 study validates the importance of the aerospace cluster to South Carolina,” said Keaney. “This economic impact analysis, which has received great support from our partners and industry, will help us measure progress going forward as South Carolina organizations work to grow this cluster. USC and the McNair Center are fielding education and research programs focused on building a high tech aerospace work force and creating innovation based on industry’s needs.”

To view the highlights from the study, click here.

About the McNair Center

The McNair Center for Aerospace Innovation and Research at the University of South Carolina is named in honor of South Carolina native and astronaut Ronald E. McNair. Formed in 2011, it is dedicated to bringing together top researchers and industry leaders to meet the technological demands of tomorrow’s aerospace market. McNair’s research is based on specific industry needs and examines a wide range of areas, including: analysis and design; polymeric, metallic and ceramic composites; lightweight metals; stir friction welding and processing; advanced composite structures and certification, durability, fatigue analysis; and health monitoring and condition based maintenance of lightweight structures. It also works to enhance student learning and develop a pipeline of future aerospace engineers. www.sc.edu/mcnair/

About S.C. Department of Commerce


As South Carolina’s leading economic development agency, the Department of Commerce works to recruit new businesses and help existing businesses grow. Commerce has recruited world-class companies to South Carolina such as Boeing, Bridgestone, Continental, Monster.com, ZF Group, BMW and Google Inc. and also supports small and existing business, rural development initiatives and community development. Commerce partners with the S.C. Technical College System via readySC to support workforce training and recruiting, and with the S.C. Department of Employment and Workforce, which provides worker training and employment opportunities within the state. South Carolina ranked first in the nation for attracting jobs through foreign investment, according to IBM-Plant Location International reports in both 2012 and 2013. The state won Gold Shovel Awards in 2014 and 2012 and the Project of Year Award from Area Development magazine in 2012. For more information, visit www.SCcommerce.com.

TOPICS: Upstate Thoughts, News You Can Use, Rankings & Recognitions