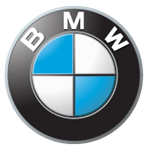 Aided by the continued sale of the X-series models made in Spartanburg County, the BMW Group sold a record-breaking 1,020,211 vehicles in the first half of 2014, marking the only time the carmaker has ever surpassed 1 million in sales the first six months of the year.

Over the same period in 2013, the BMW Group just missed the 1 million mark as 954,501 vehicles were sold worldwide. A record June helped propel the historic first-half numbers in 2014 as 193,342 vehicles were delivered, an increase of more than 8,500 units from the same month last year.

Read the full article from the Upstate Business Journal.