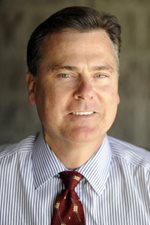 The Greenville Area Development Corporation (GADC), the county-chartered organization tasked with promoting and enhancing the economic growth of Greenville County (S.C.), has announced that prominent economic development executive J. Mark Farris will assume the reins as its new President and Chief Executive Officer.  He was unanimously selected after an extensive nationwide search in which the GADC received more than 300 applications and actively considered dozens of candidates from across the United States.


Mr. Farris, who will assume his new role effective September 15, has served as Director of Economic Development for York County, South Carolina since 1987.  He succeeds Kevin Landmesser who has served as interim President and CEO since May 2013.  Mr. Landmesser will remain with the GADC and has been promoted to Senior Vice President.


“We are truly excited to have Mark join the Greenville Area Development Corporation team as our new President and Chief Executive Officer,” said Richard (Dick) Wilkerson, Chairman of the GADC Board of Directors.  “Mark has been a tireless advocate of smart, strategic and high impact economic development in South Carolina overall and in York County, and is widely respected as a strong leader, visionary and strategist in the industry.  He will bring knowledge, energy, and a strong collaborative spirit to our public/private partnership, and is the right leader to build upon Greenville County’s tremendous opportunities, reputation and momentum.”


The GADC is a non-profit organization established to promote and enhance the economic growth and development of Greenville County.  Since its founding in mid-1991, GADC efforts have resulted in the announcement of more than 17,500 new jobs and more than $3 billion in new capital investment in the county.


Mr. Farris has served as Director of Economic Development for York County since November, 1987.  Directing a team of four, York County has announced over $4 billion in new capital investment during his tenure — an average of more than $180 million in new capital investment and in excess of 1,200 new jobs annually — with more than $350 million in investment and 2,200 new jobs in 2013 alone.  Earlier this year, York County announced two of the largest economic development successes in state history when both Lash Group and LPL Financial announced plans to establish their respective headquarters in York County on the same day.  The combined announcements represent more than 5,400 jobs and over $240 million in combined investment in the county.


“There are few positions in all of America that I would have entertained leaving York County for, but my overwhelming love of the Palmetto State and the strengths of Greenville County as an attractive and vibrant location made me realize that this was the right time and destination to commit my efforts and abilities to,” said Mr. Farris.  “The GADC is a nationally respected economic development organization with a superb team, and Greenville County is a model for planned strategic growth.  I look forward to contributing to the advancement of such an attractive and vibrant community.”

The Greenville Area Development Corporation is a non-profit organization established by Greenville County Council to promote and enhance the economic growth and development of Greenville County.  Since its founding in 2001, GADC efforts have resulted in the creation of more than 17,500 new jobs and more than $3 billion in capital investment in Greenville County, SC.  To learn more, visit www.goGADC.com or call (864) 235-2008.

TOPICS: Celebrations, News You Can Use