December 6, 2017
As a continuation of our work with the Global Cities Initiative, the Upstate Global Competitiveness Council (GCC) was formed in July 2017 to implement the strategies and tactics named in the Upstate Regional Export and Foreign-Direct Investment Plans. This area of work relies upon collaboration and communication between public and private sector investors and economic development stakeholders, with working groups led by private sector representatives. Through this Q&A series, we can learn more about these leaders and how their day jobs align with the GCC. 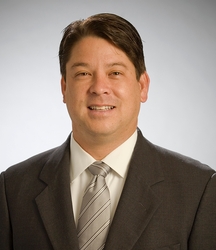 Name: Doug Kim
Job: Intellectual Property Attorney
Company: Kim and Lahey Law Firm
Global Competitiveness Council Role: Chairman, Global Competitiveness Council
Tell us a little about your background: I grew up in North Carolina, went to Davidson College, where I was a physics major and graduated and went straight into unemployment. I first entered the working world while as a computer programmer while in business school.
In business school, I sat beside a gentlemen who offered me a software engineer job. That job, through a series of M&A events, resulted in me being a subcontractor for IBM, which then led to me working inside IBM. Much to my then-manager’s dismay, I decided to apply to law school after four years. I decided in February to go to law school, and the last day you could take the LSAT was two weeks later. But as a physics major, I saw the LSAT as a big word problem – I coincidentally was prepared for the test.
I originally wanted to become a District Attorney (Solicitor in South Carolina) and put drug dealers in jail; but through a turn of events, I discovered intellectual property (IP), and it fit really well with my background. After law school, I came to South Carolina and worked at an intellectual property boutique, which eventually was acquired by McNair in 2002. After practicing law just over three years at the time of the acquisition, I went from a small, two-partner firm to having over 60 partners.
As luck would have it, 1998 was the beginning of the boom of software patents because of a case that said “software is patentable”. This case,State Street Bank & Trust v. Signature Financial Group, opened the flood gates to software patents. So I spent years traveling the country litigating IP cases and writing software patents. Clients ranged from startups to multi-national corporations.
How long have you been in your current job?: Since 1998, I have been with three firms, but only because of mergers, and consolidations, not because of changing firms.
Why did you decide to become involved with the Global Competitiveness Council?: As my practice grew, it became surprisingly international. If you’d have told me I’d be doing this volume of international work from Greenville, S.C., I would have never believed it. I’m in 40-something countries with relationships with more than 35 law firms all over the world, and these experiences resulted in clients asking questions about international legal issues. Issues such as international IP protection and enforcement, International Traffic in Arms Regulations (ITAR), Commerce Control List (CCL), Foreign Corrupt Practices Act, taxes, and stopping counterfeits.
When our firm decided to join the Upstate Alliance, as an IP attorney, my expectation was to have coffee and attend networking events. At my first event as a Board Level Sponsor, I met Elizabeth Feather (Director of Research), and discovered that she was at the end of her export planning process and was beginning the FDI plan. She said, “We’ve been looking at innovation …” and provided her spiel on innovation, FDI, intellectual property as it applies to economic development and business growth. I learned that FDI is shifting into M&A, JV and soft landings, and international companies in these areas are more interested in innovative companies rather than commodity companies. So now, innovation, economic development and intellectual property start coming together.
That conversation led to exports and FDI and has chained together and grown into this council.
How does your job relate to the objectives of the Global Competitiveness Council?: One of the biggest things businesses want from their attorneys is for you to understand their business, and to solve their problems before they know there are problems. The legal profession, by nature, is very reactive – but companies want you to be proactive.
At the end of the day, your clients need to be in the top of your priorities, and being able to understand where the economy is going helps us understand their legal needs. We all hear that economic development nationally, globally, and locally is making a huge shift. There are so many companies that haven’t even started the “international” conversation and being part of this initiative allows me to better understand their needs.
For me, one of the reasons I’m involved with the Global Cities Initiative is that it’s the future of the Upstate, and if I have the ability to be able to affect that in a positive way, I’m more than happy to do it.
Why would you encourage others to become involved?: It’s where the Upstate economy is going, and you can either choose to be involved or be left behind. To use a pretty dramatic example, you don’t want to be selling horse-drawn buggies when everyone has moved on to the car. We had an industrial revolution, we had a digital revolution – those were big, disruptive, dramatic changes. What we’re seeing now isn’t so much a revolution as it is the way of the world is changing. The economy in the U.S. today is really oriented to information, services, processes and processing, industrial engineering, and taking prototypes to market.
Being involved with this initiative will help you stay ahead of the economic trends and keep the Upstate’s economy growing and thriving domestically and internationally, which all starts with our local companies.
Read this blog for more on the Global Competitiveness Council.
TOPICS: Global Competitiveness, International, Global Cities Initiative, Existing Industry