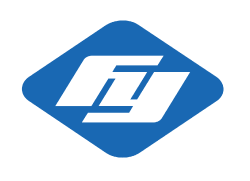 Since 1987, the Fuyao Group has been producing high-quality automotive glass for original equipment manufacturers and aftermarket suppliers. Operating as one of the largest producer of automotive glass worldwide, the company holds more than 300 patents and manufactures four million glass car sets in the United States annually.

Fuyao North America Inc. will be establishing a new, 182,000-square-foot processing center with light production capabilities at 110 Milacron Drive in Fountain Inn, S.C. Hiring for the new positions is projected to begin this quarter.

The Coordinating Council for Economic Development has awarded a $100,000 Set Aside grant to Greenville County to assist with costs associated with the project.

“Today marks another chapter for our company as we invest in this new Greenville County processing center. We are thankful for the assistance we have received from the state and county governments, and we look forward to making a difference in the local community.” -Fuyao North America Inc. General Manager Dan Martin

“We’re excited to welcome Fuyao North America to the South Carolina business community. Any time a company chooses to call South Carolina home, it’s a testament to our great workforce and business-friendly environment. The 70 new jobs will have a big impact in Greenville County.” -Gov. Henry McMaster

“The automotive industry continues to be a real job creator in our state’s economy, and today’s announcement is another sign of that. Fuyao North America’s decision to locate new operations in Greenville County further builds on our reputation for job creation related to foreign investment.” -Secretary of Commerce Bobby Hitt

“Fuyao North America was attracted to upstate South Carolina due to the great opportunities in our automotive manufacturing sector. As a globally-respected business focused on innovation, product excellence and customer service, we welcome them to Greenville County.” -Greenville County Council Chairman H.G. “Butch” Kirven

“We are ecstatic that Fuyao North America has chosen the city of Fountain Inn as the location for its new processing center. We look forward to having another international company in the Diamond Tip of the Golden Strip.” -Fountain Inn City Administrator Shawn Bell

“South Carolina Ports Authority congratulates Fuyao North America Inc. on their new facility and looks forward to supporting their operations through the Port of Charleston and Inland Port Greer. The Port is pleased to play a role in the continued growth of processing center activity in South Carolina.” -S.C. Ports Authority President and CEO Jim Newsome