Rankings, Recognitions and the Upstate

For several years, the Southeast has dominated lists for business climate, capital investment and population growth – and these ideas are still ringing true in 2020. Despite the disruption and economic challenge that unfolded this year, South Carolina and several Upstate communities have landed rankings and headlines that indicate a bright future ahead. Highlights include a growing entrepreneurial environment, recognition of job growth, and our communities landing among top destinations of choice, especially for relocating remote workers.

In keeping with “Auld Lang Syne” reflection, the Upstate SC Alliance Research team has captured the accolades that showcase the spirit of the Upstate:

Within the 10-county Upstate region, existing industries celebrated their own milestones: BMW producing its five millionth vehicle in the United States at Plant Spartanburg, and Lockheed Martin receiving an F-16 depot/maintenance contract that will produce jobs in Greenville.

Beyond our region, Boeing announced it would consolidate 787 production in South Carolina. These accomplishments from world-class companies are an indicator of what’s in South Carolina’s water. 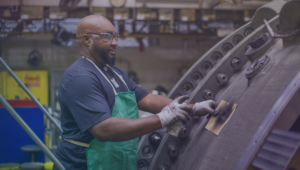 Several outlets continue to recognize South Carolina as a leading state for doing business, and our manufacturing core is proving to be a resilient foundation. Key 2020 recognitions for the Palmetto State:

What’s more, the Upstate region located between Charlotte and Atlanta is also receiving recognition – for job creation and product output.

Though we’re home to big-name companies, South Carolina and its Upstate are a strong location for businesses of all sizes to land and launch. You don’t have to take our word for it: new venture capital firms like Cultivation Capital have set roots in the region, and NEXT Upstate recently announced funding support from partners like the City of Greenville and Greenville County. 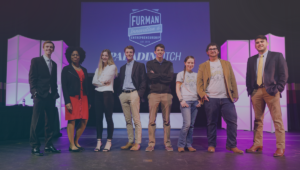 Others are taking notice of our growing venture capital environment and rich entrepreneurial ecosystem, as shown by these accolades:

People, people, people. The importance of each of us has been a huge theme in 2020 discussions, and a reminder that businesses are here to serve people – though, people are integral to the process. That’s why workforce has been a leading site location factor for years, and why we’re proud to share our workforce rankings:

And maybe a plug: in 2020, the Upstate SC Alliance also launched Skill Up, a one-stop-shop dedicated to showcasing 15 resilient, in-demand occupations that can be reached with 12 months or less of technical training. We created the platform in partnership with our region’s four technical colleges, which offer various training programs in support of these opportunities.

People Want to Live in the Upstate 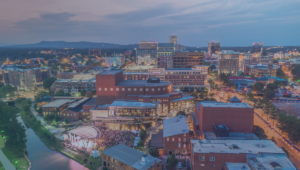 The business case for coming to the Upstate is strong, though the quality of life case has truly shined in 2020. We launched Move Up in 2019 to showcase the rich, diverse lifestyle amenities that can be found across our communities of all sizes – and it seems that people are catching on.

From being named the “friendliest city” to seeing an uptick in home searches, our region’s on display in such a way that people are going to have to find another way to call the Upstate a “hidden gem.” Let us leave you with these ideas: