What You Need to Know About NLRB for 2018

The National Labor Relations Board (“NLRB”) was very busy at the end of 2017. Decisions made in December 2017 suggest favorable trends for employers in 2018 and perhaps beyond. In this guest blog, Upstate employment attorney Phillip Kilgore breaks down what employers need to know this year. 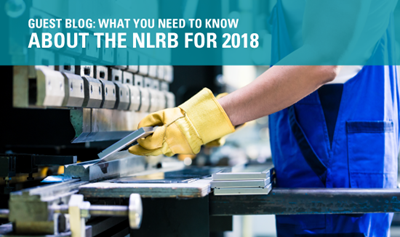 After many years of authoring dissenting opinions in the NLRB minority, Republicans finally attained a majority. In the fall of 2017, President Trump nominated and obtained Senate confirmation of two Republicans to the Board – management-side attorneys Marvin Kaplan and William Emanuel. For a brief period, they formed a majority with fellow Republican and Acting Chair Philip A. Miscimarra. Chair Miscimarra stepped down for personal reasons when his term expired on Dec. 16. The Board is now back to a 2-2 split until President Trump’s next nominee, John Ring, is confirmed.
In November of 2017, the Senate confirmed Peter Robb of Vermont, President Trump’s nominee to be the next NLRB general counsel. Mr. Robb is another management-side attorney. The NLRB general counsel plays a prosecutorial role in cases against employers under the National Labor Relations Act (NLRA), and sets policy and procedures on how such cases should be handled.

Before Chair Miscimarra’s term expired on Dec. 16, the Republican majority on the Board overturned several union-friendly rulings by the Obama-era board which have been particularly problematic for employers. As always, it will clearly take some time for these cases to play out in the real world, particularly if federal courts of appeal become involved.
“Joint Employer” Standard
The flurry began on Dec. 14 when the Board overruled the 2015 Browning-Ferris Industries decision (“BFI”) and reinstated the prior joint-employer standard in a decision called Hy-Brand Industrial Contractors, Ltd.
For many years prior to BFI, two or more entities would be deemed joint employers under the NLRA only if there was proof that one entity has exercised control over essential employment terms of another entity’s employees and had done so directly and immediately in a manner that is not limited and routine. That changed in 2015, when the Board ruled in BFI that proof of
1) indirect control,
2) contractually-reserved control that has never been exercised, or
3) control that is limited and routine
would be sufficient to establish a joint-employer relationship. The effect of this decision was to allow unions to more easily organize to temporary staffers in a workplace.
In overruling BFI, the Republican majority wrote, “We find that the Browning-Ferris standard is a distortion of common law as interpreted by the Board and the courts, it is contrary to the Act, it is ill-advised as a matter of policy, and its application would prevent the Board from discharging one of its primary responsibilities under the Act, which is to foster stability in labor-management relations.” 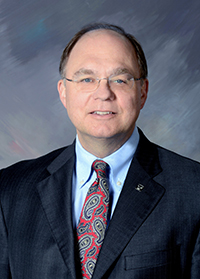 Workplace Policies
The same day, the Board overruled Lutheran Heritage Village-Livonia, a 2004 case that had been used by the Obama-era Board to regulate workplace policies. Under Lutheran Heritage, the Board previously ruled that many facially neutral workplace rules, policies and employee handbook provisions unlawfully interfered with the exercise of rights protected by NLRA. It did so by finding that even workplace rules that
1) do not explicitly prohibit protected activities,
2) were not adopted in response to such activities, and
3) were not applied to restrict such activities,
were unlawful if the rules would be “reasonably construed” by an employee to prohibit the exercise of NLRA rights.
In The Boeing Company, the Board replaced the Lutheran Heritage “reasonably construe” standard with a new test for evaluating a facially neutral policy, rule or handbook provision. Under Boeing, if a rule has the potential to interfere with the exercise of NLRA rights, the Board will now weigh: (i) the nature and extent of the potential impact on NLRA rights, against (ii) legitimate justifications associated with the rule.
Applying the new standard, the Board concluded that Boeing’s no-camera rule (one which prohibited employees from using camera-enabled devices to capture images or video without a valid business need and an approved camera permit) potentially affected the exercise of NLRA rights, but that the impact was comparatively slight and outweighed by important justifications, including national security concerns.
Union Election Rule
The next day, Dec. 15, the Board overruled the 2011 Specialty Healthcare & Rehabilitation Center of Mobile decision in a decision called PCC Structurals, Inc. Specialty Healthcare opened the door for unions to organize so-called “micro-units,” which are small groups within a larger workplace.
Under a “micro-unit” strategy, the union typically identifies a relatively vulnerable department or other discrete group of employees in the workplace (e.g., machinists in a manufacturing plant) and petitions for an election among this small group claiming that these employees shared a unique “community of interest” among themselves. If successful, this micro-unit would establish a toe-hold in the workplace, making it easier to organize more employees.
Employers frequently argue that the coworkers of the employees in these small groups share many of the same working conditions and should not be excluded from the unit. Under Specialty Healthcare standard, the Board would not find the union’s proposed unit inappropriate unless the employer proved that the excluded employees shared an “overwhelming” community of interest with the petitioned-for group.
The PCC Structurals Board overruled the “overwhelming” community-of-interest standard. The Board stated that “there are sound policy reasons for returning to the traditional community-of-interest standard that the Board has applied throughout most of its history, which permits the Board to evaluate the interests of all employees—both those within and those outside the petitioned-for unit—without regard to whether these groups share an ‘overwhelming’ community of interests.”
This decision will make it more difficult for unions to identify pockets of dissension in the workplace and organize these small subsets.

Although the decisions this Board issued before losing its brief majority were few, they were impactful. The Board enters 2018 with a full docket, so expect even more after a new Republican nominee is confirmed:

New GC Sets Agenda
On Dec. 1, 2017, the NLRB general counsel Robb issued General Counsel (GC) Memorandum 18-02 setting forth his policy directives under the agency. Robb’s memo identifies categories of cases that regional offices must submit to his offices for review and rescinds certain enforcement and related policy initiatives issued by Robb’s predecessors. The memo reflects an interest in addressing matters of legitimate concern to employers over the past eight years.
For example, the General Counsel’s memo targets numerous controversial NLRB rulings for review, including: the meaning of “concerted” activity under the NLRA; work stoppages on employer property; and access to property by off-duty employees.
Robb also has discontinued several initiatives of his predecessors, including: one involving the prosecution of employers for alleged misclassification of employees as independent contractors; and one extending to employees in non-union workplaces a right to be represented by a co-worker during an investigatory interview that may result in disciplinary action.
Eric C. Stuart, a shareholder in the Morristown office of Ogletree Deakins and a member of the firm’s Traditional Labor Practice Group steering committee, and Christopher R. Coxson, of counsel in the Morristown office of Ogletree Deakins, explain the General Counsel’s memo in detail in their recent article, “Newly-Appointed NLRB General Counsel Moves to Roll Back Agency Overreach and Activism.”

Ambush Elections
On Dec. 12, the NLRB published a request for information (RFI) to solicit public input regarding its 2015 changes to the union election procedures.
In 2015, the NLRB issued final rules ratifying procedures implemented in 2014 which dramatically shortened the time between a union election petition and the actual vote, and imposed onerous procedures on employers. These new rules gave employers less time to effectively communicate with employees about unions and unionization, making it easier for unions to successfully organize. Employers referred to these as “Quickie” or “Ambush” elections.
Issuing the RFI does not necessarily signal that the Obama-era regulations will be rescinded, or even changed. According to the RFI, its purpose is to “to evaluate whether the Rule should be (1) retained without change, (2) retained with modifications, or (3) rescinded, possibly while making changes to the prior Election Regulations that were in place before the Rule’s adoption.” This means that almost anything can happen. The fact that the rules are under review is encouraging, however. Comments are due by Feb. 12, 2018.
* * * * *
Phillip A. Kilgore is a shareholder in the Greenville office of Ogletree Deakins Law Firm, a litigator and a member of the firm’s Traditional Labor Practice Group. Mr. Kilgore also is Chair Elect of the Greenville Chamber of Commerce and Chair of the Greenville Water Commission. For questions, Phillip can be reached at phillip.kilgore@ogletree.com or 864.271.1300.
TOPICS: Advocacy, Business, News You Can Use