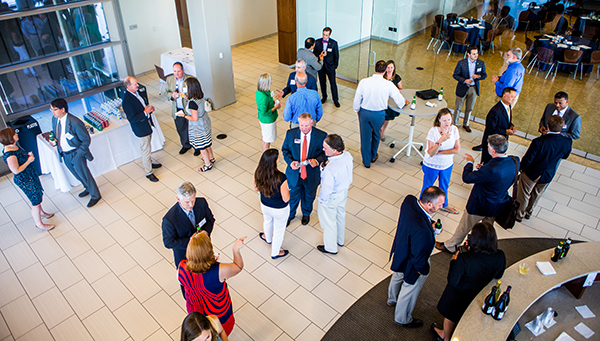 South Carolina Small Business Development Centers (SBDC). South Carolina Manufacturing Extension Partnership (SCMEP). Business incubators and entrepreneurial support networks.
At any given time, these organizations are likely to call upon businesses area to offer services, support and expertise.
Today, these organizations each are better equipped for questions about export activities and to encourage international engagement as a means of growth, thanks in great part to the Global Cities Initiative, a joint project of JPMorgan Chase and the Brookings Institution.
“Last year, South Carolina set an exporting record close to $33 billion, and typically in the past it has been GE, BMW, the major companies,” says Chuck Spangler, CEO of South Carolina Manufacturing Extension Partnership (SCMEP). “But for us to be very successful, we need to have more small- to medium-sized manufacturers exporting. If you look at the demographics of our state, there are 5,400 manufacturers in our state; about 65 of those are over 500 employees, and 4,900 are 100 employees or less.”
Encouraging companies to research and become engaged in exporting is the objective of the Upstate Regional Export Plan, released in 2015 as part of the Upstate’s the Global Cities Initiative work.
While many of the plan’s objectives still are unfolding through the Global Competitiveness Council, the “Create a Seamless Pipeline to Deliver Export Support” tactic has tangible outcomes, says Elizabeth Feather, Upstate SC Alliance Research Director.
By inviting the organizations noted above to join the South Carolina International Trade Coalition and ensuring they are part of the ongoing conversations about trade trends, issues, resources and opportunities, these vital support organizations have become better equipped to respond to business inquiries.
“We identified that the Small Business Development Center really gravitated to those export-interested folks who may not have exported before. The ones who will call you and say, ‘Hey, I have this idea for a product that I think I can export to XYZ,’” Feather says.

Connecting the Dots for Industry

Exporting can be a daunting idea to research, explore and implement, and federal resources such as the U.S. Commercial Service are better positioned to help companies that are established exporters, she adds. Equipping existing service providers to field these requests helps to fill that gap for companies, especially the ones early in the interest stages.
“Pulling in the SBDC really gave us a good match to existing service providers who are in our region and can start filtering in the system, and now those teams know who they can refer to next when that company is ready for a trade show or to initiate specific business activity,” Feather says.
This tactic’s strength lies in its efficiency: rather than introducing a new player to the conversation, it enhances the knowledge of the existing players and their ability to forge actionable connections.
As a result, they’re more aware of which organization comes next in the chain – such as the South Carolina Department of Commerce International Trade Team, the U.S. Commercial Service, or the SC District Export Council – and are able to foster a direct connection.
Lynn Finley, Assistant Director of the Laurens County Development Corporation, says that awareness of these resources and the export process has been a “tremendous resource” since she began calling on Laurens County’s 71 industries in 2016.
Finley has cultivated connections with the SC Department of Commerce’s International Strategy and Trade Team, and works closely in referring companies to International Trade Manager Anita Patel. From there, small and medium-sized businesses have someone who can help them navigate export research, visit new markets, and forge international connections.
Many companies are surprised to learn they can be reimbursed for export-related specific expenses through the State Trade Expansion Program (STEP) or the South Carolina Opportunities for Promoting Exports (SCOPE) program.
“I think some of our smaller industries feel left out sometimes with incentive requirements, but this is a game-changer for them,” Finley says. Among the county’s industries, 45 employ fewer than 100 employees.
Finley says she has referred a number of industries to Commerce’s International Trade team to continue the conversations, adding that a couple of Laurens County companies have used the travel incentives and trade show opportunities.
Mogul Nonwovens Corporation in Gray Court is one example.
The family-owned Turkish company announced a $17.6 million investment and creation of 38 new jobs in August 2015. The Gray Court operation, its first outside of Turkey, began production in March 2017 and participated in the China-Korea Trade Mission held in March-April 2017.
“It’s something that, as a startup, would have put a strain on us without financial assistance,” says Darryl Fournier, President of Mogul South Carolina Nonwovens Corporation. “I would not have sent my Business Development Manager to Asia because of the expense, but knowing that there’s an opportunity and a trade mission going, we took advantage of it.”
Mogul’s spun-laced nonwoven products are used in products such as facial and baby wipes, and have applications in filtration, personal hygiene and the medical industry.
The company already sells to a number of international markets but is looking to add customers in Asia and South America for both its Turkish and American production facilities, Fournier says, adding that the company would eagerly participate in a future South American Trade Mission.

In a similar vein, the South Carolina Manufacturing Extension Partnership (SCMEP) began to focus on export activity in the last two years, Spangler says.
“The companies that are exporting are more profitable than those that are not,” Spangler says. “It really hit home to me when we looked at the numbers … they’re 70% more profitable. The markets to grow are a lot of them, and they’re able to pay their employees more. It’s a win-win.”
SCMEP recognized that many local benefits of Lean Certifications and ISO Compliance extend when entering international markets.
“These are more than just ‘good to have.’ There are actually situations where a company must establish its credibility through such credentials in order to win business contracts,” Feather adds.
The tactic also connected the Upstate SC Alliance team with the South Carolina International Trade Coalition. The organizations previously were not affiliated.
“We are affiliated now, so the fact that the regional development organization is even participating in these conference calls, going to the annual planning meetings, providing our rooms for export training, connecting exporters to opportunities to meet with foreign trade representatives, that’s different from what happened before this plan,” Feather adds.
To see how we’re continuing this work with our partners in the public and private sectors, check out this blog.
TOPICS: Existing Industry, Global Competitiveness, International, Global Cities Initiative