Spirit of the Upstate, Local Economic Developer of the Year Recognized

About the Spirit of the Upstate 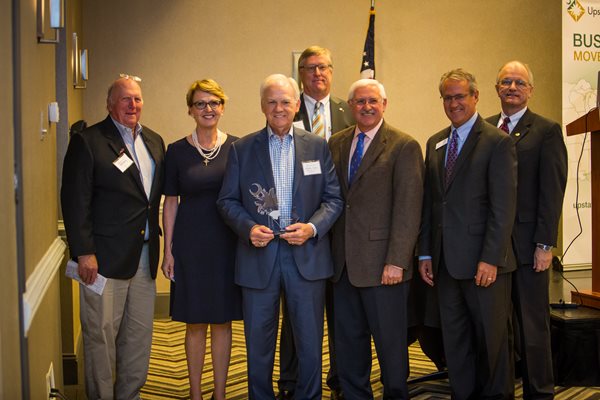 “Charles has made invaluable contributions over the last 35 years as a regional and state leader in economic development, and as the leader of a utility company that serves multiple counties, he was an early champion of regional collaboration,” said Upstate SC Alliance Chairman Max Metcalf.
Dalton has served a broad range of community organizations, including the Peace Center, the Red Cross, and as a commissioner for the S.C. Department of Transportation. He is also among the founders of the Upstate SC Alliance and served as its chairman in 2004. Earlier this year, he announced plans to retire in January 2018 from Blue Ridge, which supplies electric service in Anderson, Greenville, Oconee, Pickens and a small portion of Spartanburg counties.
The award was last presented to Robert “Bobby” M. Hitt III in March 2011, shortly after his appointment to South Carolina Secretary of Commerce. Previous recipients include Chris Przirembel, formerly with Clemson University; Carl Flesher, the first associate of BMW Manufacturing Co.; and Irv Welling, former chairman of Elliott Davis.
The Spirit of the Upstate Award honors individuals who have demonstrated a significant commitment to the economic growth and prosperity of South Carolina’s Upstate region. In addition, the award recognizes qualities in leadership, multicounty collaboration, integrity, dedication, and creativity displayed by local business leaders in pursuit of strengthening the Upstate’s position as a prominent economic development entity in the Southeast.
About the Local Economic Developer of the Year 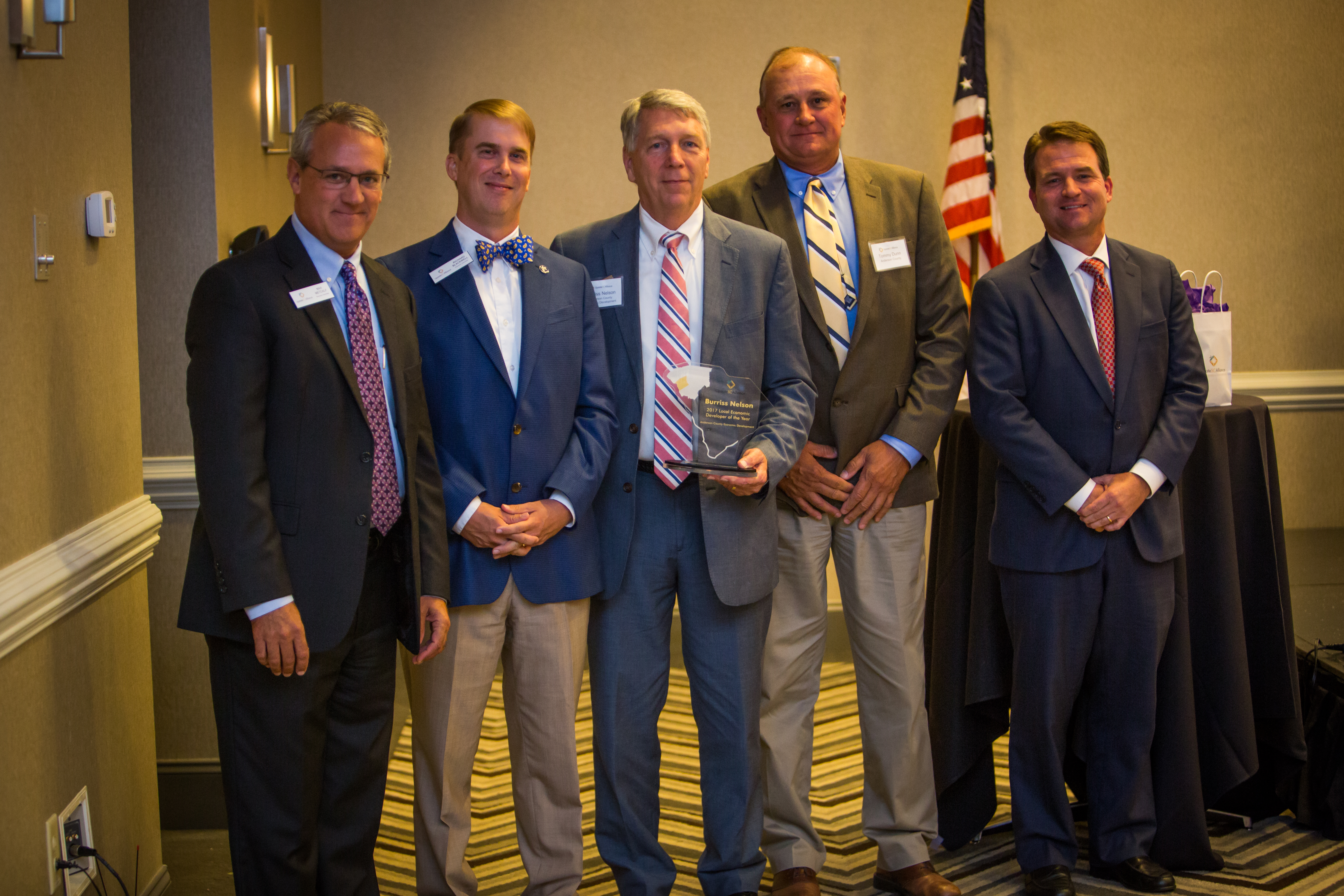 The Local Economic Developer of the Year Award is bestowed annually by members of the Upstate SC Alliance Local Economic Developers Group to recognize local developers who have made a significant difference within their communities.
Anderson County has seen more than $2.89 billion in capital investment and creation of 4,247 new jobs since 2009. In 2016, Techtronic Industries (TTI) announced continued investment in its Power Equipment Group’s operations in Anderson County, a $75 million investment expected to create 250 new jobs. The community also has made substantial progress toward establishing a new industrial park in Sandy Springs.
Nelson, an Anderson native, has worked in economic development 25 years, representing Anderson and Pickens counties. Other major projects announced during his time in Anderson include First Quality Tissue, which invested more than $1 billion and created 1,000 new jobs since 2010, and continued investment from Electrolux, the county’s largest manufacturer, which has invested a combined $95 million through expansions in 2011 and 2014.
“Burriss is very deserving of this honor not just based on the amazing number of jobs he has helped usher in over the years but more so for how he has poured his soul into making the communities he served stronger,” said Richard Blackwell, Executive Director of the Oconee Economic Alliance, who also serves as Chairman of the Upstate SC Alliance Local Economic Developers Group.
“On behalf of the Upstate SC Alliance Board of Directors, we’re pleased to recognize Mr. Nelson’s accomplishments in Anderson,” Metcalf added. “The work that he and each of the Local Economic Developers do to recruit and foster these companies is integral to our region’s prosperity.”
TOPICS: Business Recruitment, Celebrations